Chinese Drama Love Between Fairy and Devil (2022) : Showtimes & Where to Watch

Chinese Drama Lost in the Kunlun Mountains (2022) : Showtimes & Where to Watch

Chinese Drama The Heart of Genius (2022) : Showtimes & Where to Watch

Film and TVChinese Drama Rose War (2022) : Showtimes & Where to Watch

The collaboration between renowned director and screenwriter – Sun Hao and Zheng Ren Xiang – is present in the latest Chinese drama series, Rose War. The legal drama, which is scheduled to start airing on Monday, August 8, 2022, on CCTV-8 can also be watched online through the live streaming video platforms Tencent Video (WeTV) and iQIYI.

Sun Hao is known as a drama director who almost always gets rapturous applause from the audience, such as ‘Hi, 30 Years Old!’ and ‘Joy of Life’. Meanwhile, Zheng Ren Xiang, whose writing process for this drama was co-writer by Zhang Han, is a well-known writer who has created a number of masterpieces.

The drama, which is a remake of the American television series ‘The Good Wife’, also stars a number of well-known artists, including the award-winning couple – Yuan Quan and Huang Xiao Ming – in the main roles. A number of other supporting artists in the drama which is also known as ‘Battle of the Roses’ include Dai Xu, Rain Wang He Run, Lu Fang Sheng, and Wang Zhi Fei.

Before watching this 40 Series Chinese Drama, first take a look at the following preview of Rose War.

Gu Nian (Yuan Quan) was a leader in the legal department before finally deciding to give up her career and devote all of her time as a housewife. After marrying a successful lawyer, Song Jia Chen (Calvin Yu Jin Wei), Gu Nian shifted her focus only to supporting her husband in building a career and raising children at home.

Suddenly, Song Jia Chen gets involved in a criminal case that also exposes his affair. As soon as the scandal broke, Gu Nian immediately faced pressure from both sides, family and society.

After being emotionally drained, Gu Nian decided to get up and get back into her career. With the help of an ‘ace lawyer’, Feng Sheng (Huang Xiao Ming), Gu Nian gets a job at Yisheng He Law Firm.

Even though she has been on hiatus for years from the legal industry, Gu Nian is still able to show extraordinary work skills. This gains appreciation from Ling Yi (Faye Yu), a partner of the law firm, and helps Song Jia Chen clear his name from a criminal case.

The trials and tribulations encountered in the work forge Gu Nian into a stronger and independent career woman. Not only moving towards the peak of her career, Gu Nian has gradually emerged as an excellent lawyer in everyone’s eyes through her courage to guard the justice of the law without fear.

So, what’s the next storyline? Just watch! The Chinese Drama Rose War which will air on Monday, Aug 08, 2022. 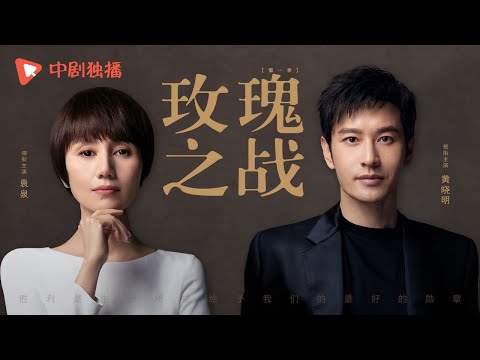 Make sure Toper loyal readers have downloaded the application and watched Rose War English subtitle through the official Tencent Video (WeTV), iQIYI website, OK! because there are also sites such as drakorindo that provide watching Chinese Drama Rose War for free, but it’s illegal.

Halloween Season Arrives, Check Out Interesting Facts about the Horror Movie Hocus Pocus 2 from the Cast

For Beginner Creators, Here’s How to Increase Viewers on TikTok

Increase Privacy, WhatsApp ‘Leave Group’ Feature without being Known Now Can Be Used

Vulnerable to Data Theft, Note the Dangers of Using a Free VPN

Galaxy Z Fold: Samsung is being Forced by Google to Launch New Products

How to enter Badoo without an Account, Without Registration and Without Verification

Ahead Of Man City Vs Man Utd, Erling Haaland’s Father Says His Son Won’t Be Playing in The Premier League for Long

© 2022 Toper.Me - All rights reserved. Copyright is protected by law. It is prohibited to publish, broadcast, rewrite or disseminate information from this site without seeking written permission from Toper.Me

Lazio vs. Spezia Live streaming will be broadcast on...

The fight for the champion in the Thailand 2022...

Legally Romance (Don't Fall In Love With the Boss,...

The combination of historical stories and the culinary world...

BlackBerry OS, the Legendary Operating System Will Be Shut Down January 2022

The legendary operating system made by BlackBerry will soon...